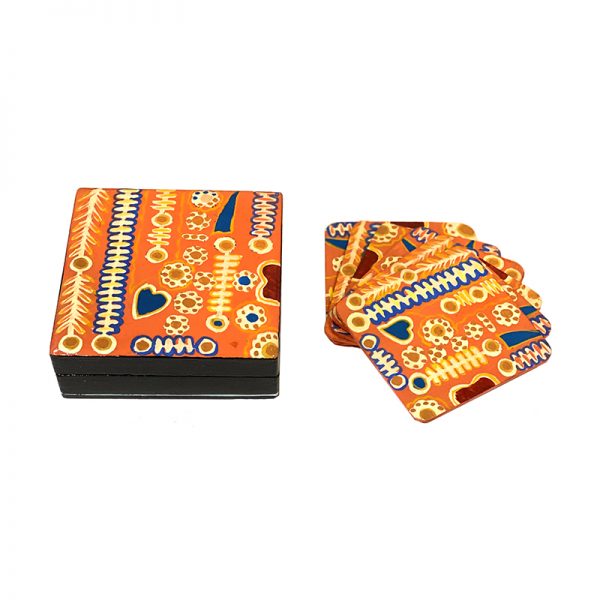 In this Dreaming story, two dog ancestors, a Jampijinpa and a Napangardi, travelled from the west to the east. At Tapu (a rockhole), the two dogs separated. The female dog, Napangardi, went to the south. The male dog, Jampijinpa, went to the north. Eventually he became lonely and howled for Napangardi in the south. She came running to him, and they married each other at Ngarnka. They wore mens and womens marriage headdresses, and Jampijinpa painted himself with white clay for the ceremony. The two dogs continued running east, before arriving in Warlaku (Ali Curung). Many other dogs were living in Warlaku when they arrived. There were many families of dogs, mothers and fathers and children and uncles all living together. Jampijinpa and Napangardi made a burrow to rest in and started a big family of dogs there. They chose to stay in Warlaku and live with all the other dogs. In this way, the malikijarra Jukurrpa (two dogs Dreaming) tells the story of proper conduct in families and marriages.

There are no reviews yet.

Be the first to review “Coaster Set-MNM652” Cancel reply

This function has been disabled for Better World Arts.